The site of the Qingshui Cliff was named "Eight Wonders."
''The route along the Qingshui Cliff is the only coastal road in Taroko National Park.  Among these cliffs, the cliff facing the sea is very spectacular and the steepest.''(from Taroko)
You can feels like you are flying when you in the atmosphere.

There is also a viewing platform

Walk on the platform, overlooking the endless Pacific Ocean is quite beautiful.
There is a large stone monument next to the viewing platform that written the ten scenic spots in Taiwan - Qingshui Cliff
There are also many tourists taking pictures with stone monument, hold with the flags. 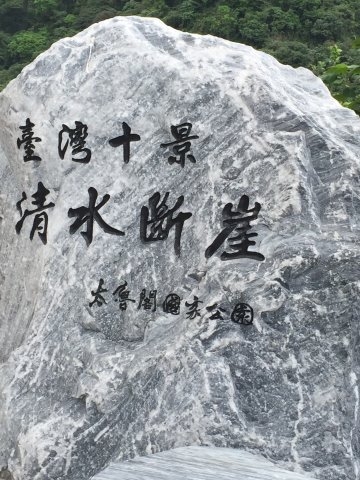 Yantzkou refers to the wonderful views of the countless small grottos in the marble cliff. It was eroded by water to make grottos , in which now swallows build their nests. Travellers could enjoy the river below the cliffs, and watch the swallows fly at the other end, admire the profound greatness of nature and manpower.

You can enjoy the wonders of Taroko Gorge, Indian Emirates Rock and Yanyan Park and the rushing stream on the way.

Remember to wear a hat when go to Yantzkou
The Indian Emirates Rock is a marble cliff that looks like a human face, with some plants on top that look like Indian chiefs.
Walking at the Yantzkou, sometimes you feel the ends of the rock wall spray into your face. Sometimes you will feel cold because of the drops of water. 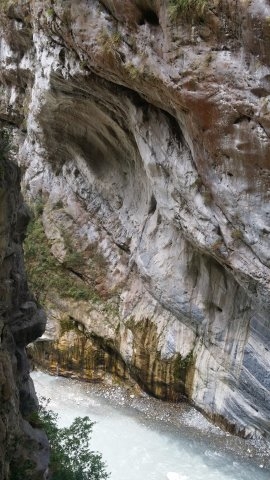 Eternal Spring Shrine, also called Changchun Shrine
''It is one of the major picturesque points of the park, with the view of the mountains and the waterfall, and one of the main memorials for veterans. t commemorates the memory of 212 veterans who died while constructing the highway (1956—1960). The name of the temple comes from the Changchun Falls that never stop running. The Shrine is located right above the waterfall streams.''(from wiki)

There are several waterfalls running down the ancestral hall, which seems to be like a girl with long hair flying in the wind. Walking in the caves of Hessen in a while, after a while, the scenery is rapidly changing, it is the characteristics of Changchun's winding trails. The marble sections that are carved out can be seen everywhere on the trails, forming a world wonder, also known as a world-class trail. The trails are flat and easy to walk along, and there is no need for too much effort. The caves are cool and comfortable, and they are also called a summer trail. 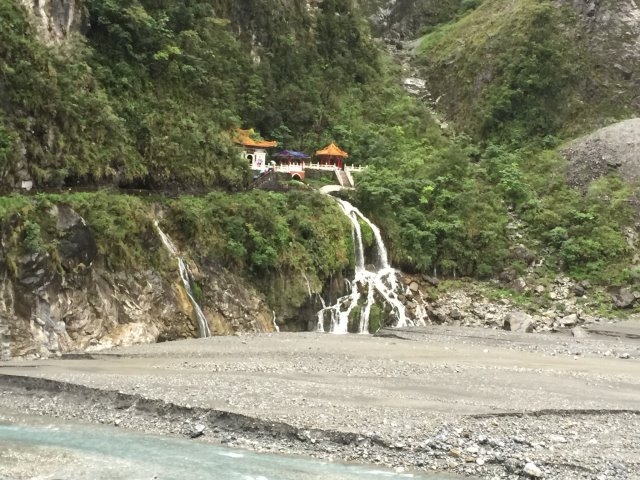 The east-west cross-road archway become a world-famous landmark, and it is the best representative landmark of Hualien in different eras. If you do not photograph with the archway. It seems that never been to Hualien. The photo of "Tarouge Archway" is a very classic and standard which means " Have been here before " . The annual "Tarouge Canyon Marathon" is the starting point of the " archway " 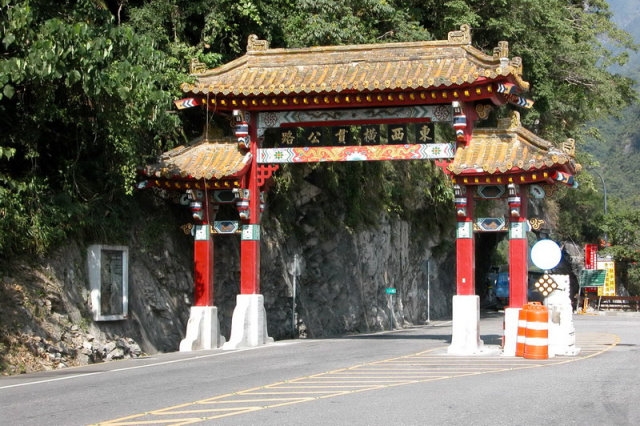 Located in a half moon-like shape gulf, the beach is famous for its beautiful natural landscape. It attracts thousands of tourists every year to visit the beach.
Qixingtan is not a lake but a bay. The Qixingyue Bay is a gravel beach, clean gravel beach and fishing boats, revealing the clean beauty of the small fishing village. The beach there has an elegant arch shape. The seawater there is clean and blue. The black stones there are crystal. The layering of the waves is beautiful, but you have be careful when swim in the ocean. The waves are very big and it is easy to be taken away. Even if you are standing on the beach, the glasses are easy to be taken away.
There are many children like to play with stones.
The sunset at dusk, the change of color, it is worth to visit
The Qixing Lake (Qixingtan) Scenic Area is designated for the bicycle touring.
So, rent the bike and have the wonder moment. 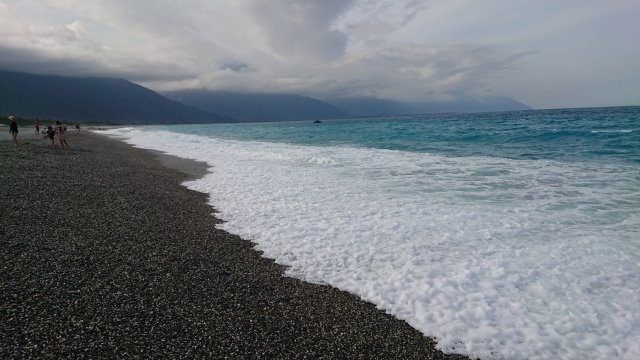 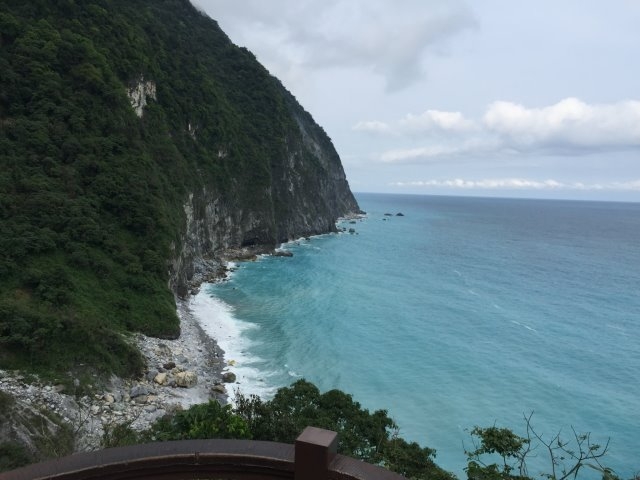